At the Norwegian Aviation Museum you can keep an eye on a real U2 aircraft, and you can wander around for hours among civilian and military constructions. With its 10,000 square meters, the museum offers great breadth and depth in its exhibitions. Here you will relive the history of da Vinci and the Wright brothers and all the way to today's digital solutions.

Meet the heroes of the air

U2 shot downThe US spy plane U2 was triggering a third world war, and in 1960, the whole of Bodø's world was focused on. Because it was here, just north of the Arctic Circle, that Gary Powers would have landed after flying over the Soviet Union. But the Powers and U2 machines were shot down and the Soviet Union threatened to wipe out all Norwegian airports with atomic bombs. An overall vest kept its breath, but fortunately the crisis slipped over. Visit the Twin Otter, the small, green machine that revolutionized Norway when the short-circuit network was built in the 70's. Take the tour of the legendary Spitfiren - the plane that won the Battle of England. Take a closer look at classic designs like Ju 52 and Fokker F 28.

GuiderMuseet's knowledgeable guides arrange tailor-made tours for adults and children. The Norwegian Aviation Museum is the place that combines knowledge with fascination and exploration. 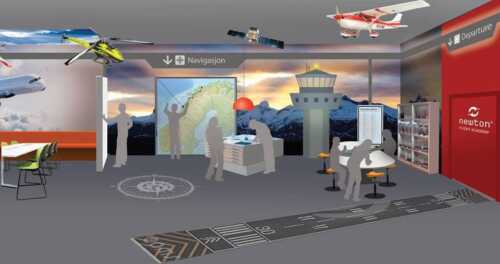